Today’s interview is with Laura Ings Self. Her short story “Home” can be found alongside my story “Thief” in A Haunting of Words, Scout Media’s third anthology in the “of Words” series. http://www.scoutmediabooksmusic.com/a-haunting-of-words

After losing the love of her life in a car accident, Nicky can’t bring herself to leave the flat they shared together. She is convinced she still sees flashes of her lost love, but lately the sightings are becoming less frequent. 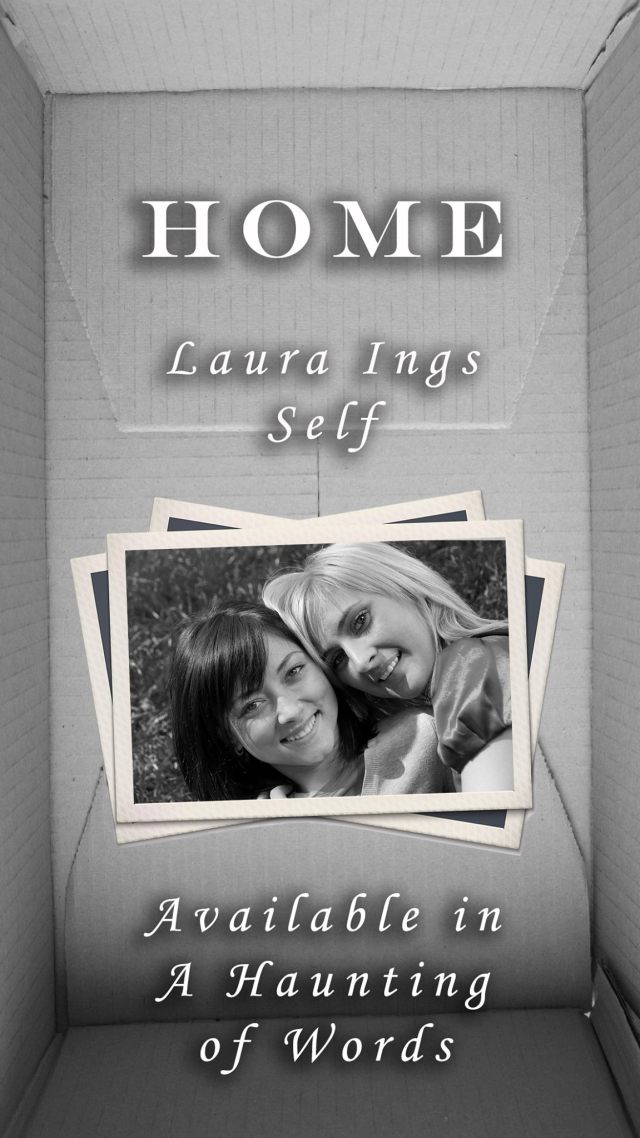 What inspired you to write this?

I find the best ideas come when I’m not looking for them. I was focusing on other projects, although I was aware of the open submissions for AHOW, when the idea of Nicky and her traumatic bereavement just took root in the back of my mind. The story came to me pretty much fully formed and I wrote it in just a few hours.

How long have you been writing?

I wrote my first “book” aged 7 and have dabbled on and off my entire life, blogging and attempting novels and short stories, but I didn’t really throw myself into it until 2012, when I figured I would write a children’s novel during my maternity leave (hahahahaha!) and eventually finished that book in 2015. I have since written another novel and am working on getting both published.

What genres do you most associate with your writing?

What are you working on right now?

I have put my novels to one side so I can approach them with fresh eyes at some point in the near future. Currently I am working on a stage play called ‘Fear Itself’ about a team of security guards working the night shift at a pharmaceutical company and an as yet untitled ‘Black Mirror’-esque short story that I hope to submit for A Contract of Words involving a reality TV show.

What else do you have published/available?

‘Home’ is my first published work.

What advice do you give to new writers?

Find a decent editor and a good group of beta readers/critical partners. There is so much more to writing a good story than telling it efficiently and with good grammar (although those things help!). I thought I knew what made a good book (I can certainly point out what makes an awful book) but I have learned so much from people in the Fiction Writing group and Facebook pages like The Writers’ Circle as well as feedback I have received from editors and agents.

Laurie has loved writing as long as she can remember. Her first published work, “'Til Death Do Us Part,” placed first in the 1997 Cambridge Writers’ Collective short story contest. Her latest works include short stories, “Retribution" and "Thief," appearing respectively in Scout Media's 2016 and 2017 anthologies, A Journey of Words and A Haunting of Words. Over the years, her poetry has also been published in various anthologies. Her debut novel, Tranquility, published in 2015, by Escargot Books and Music, was inspired by her work as a personal support worker specializing in dementia care. In 2015, she graduated with honors from Conestoga College’s Creative Writing program. She’s a Canadian, an avid reader, a yogi, and a Gemini. She grew up on a farm in remote northern Ontario, and now lives in Cambridge, Ontario with her husband and cat.
View all posts by Laurie Gardiner →
This entry was posted in Uncategorized. Bookmark the permalink.